The Holding Pattern project follows the construction of the Brașov-Ghimbav airport and the changes occurring around it. Works started in 2014, but once the runway was completed they were put on hold for various reasons. The holding pattern is an aviation manoeuvre meant to postpone landing, in which the pilot flies oval loops over the airport until the plane can make an approach. The book Holding Pattern, by Mihai Șovăială and Alin Cincă, uses black-and-white photos to illustrate situations and objects around the future airport, whose fate remain uncertain. 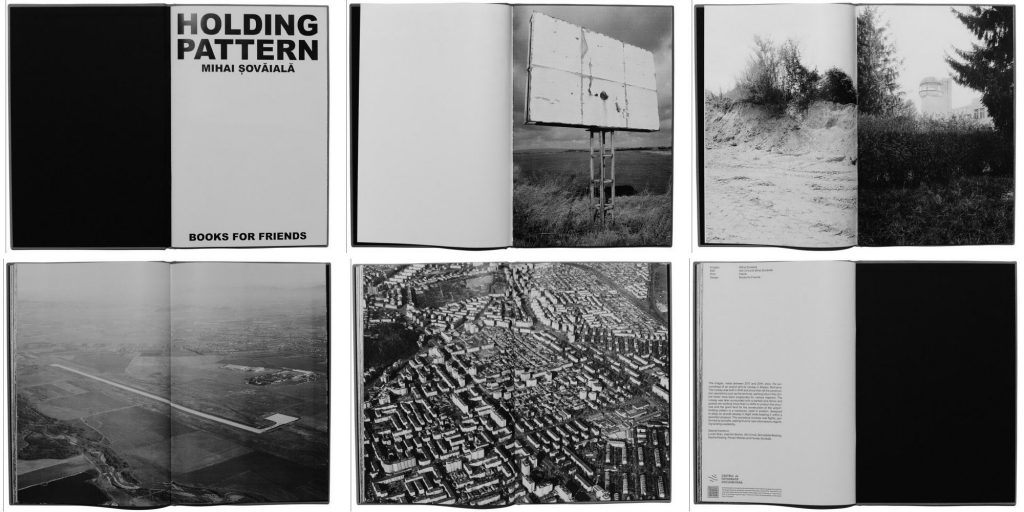